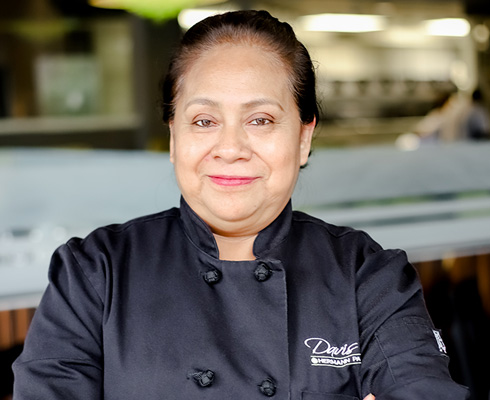 Teresa Florentino, whom we fondly refer to as “Mama” is from Puebla, Mexico and came to the United States in 2000 for a better future. At the time she didn’t know any English, nor could she read or write English. She’s been in the restaurant industry since 2000 and started her career at Nico Nico’s where she met two friends who taught her how to cook. In December 2003, Teresa began working at Pesce alongside Chef Mark Holley where he noticed her potential. Teresa worked with Chef Holley while she began prep work for the kitchen. She soon discovered her affinity for baking and began making her signature cookies. Teresa works alongside Chef Holley at Davis St. at Hermann Park and still manages to run her personal business of baking pastries.