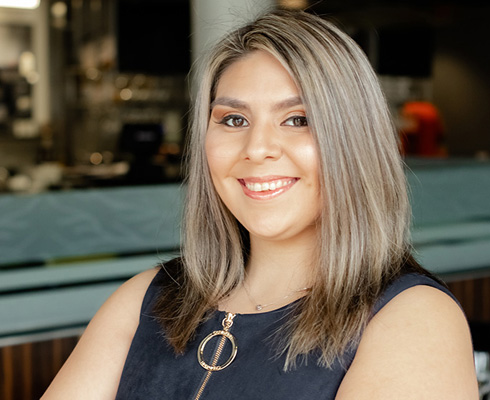 Bella Donoso was born and raised in Temple, TX. She has been in the hospitality business since childhood helping at a family friend’s catering company. Bella moved to Houston when she was 20-years-old and was quickly recruited to join the Holley’s Seafood and Oyster Bar team. At the time Bella had no upscale dining experience. Her venture in Houston hospitality began with hostessing, and very quickly she became a server, bartender, and then a manager in training. Bella worked at Holley’s for more than a year until its closure. She later joined The Breakfast Klub family in opening Kulture Restaurant. Bella remained with them for one and half years, before she rejoined Chef Mark Holley at Davis St. at Hermann Park as the assistant general manager. Bella thrives on guest satisfaction and credits her success to the belief that everyone should be able to have a well-curated dining experience. She is inspired by her family, and the flavors she grew up with – her grandmother’s fried chicken and the fresh picked pecans she indulged in with her grandfather in her hometown of Temple.